Protecting the Legitimacy and Effectiveness of UN Sanctions 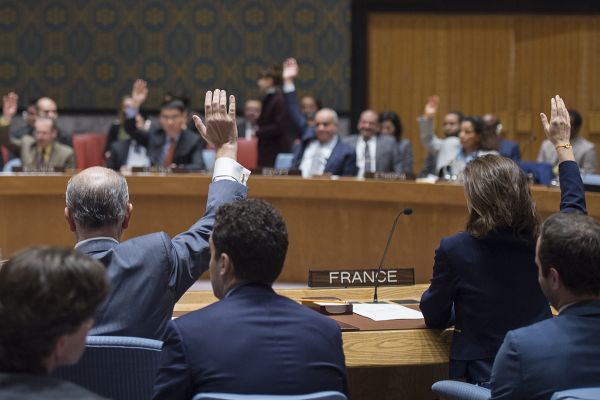 Sanctions imposed by the United Nations Security Council affect large numbers of people, businesses and governments worldwide. They are central to the UN’s efforts to maintain international peace and security in contexts from the Democratic Republic of Congo to the Democratic People’s Republic of Korea. Yet concerns about the fairness and clarity of the processes by which individuals and entities are listed as sanctions targets, and delisted, have threatened to disrupt the effective, universal implementation of UN sanctions regimes, particularly in the counter-terrorism context.

The origins of this ‘due process’ debate lie in the adoption of a UN counter-terrorism sanctions regime aimed at disrupting the involvement of the Taliban and Al Qaida in terrorist activity and forcing the surrender of Usama bin Laden. Because this regime applied globally, it required a new level of vigilance by all Member States, beyond anything that had been required under earlier UN sanctions regimes. The first sanctions list under this regime, published in March 2001, included 162 individuals and seven entities primarily located in Afghanistan. After 9/11, however, the list’s size and geographic reach grew substantially, with the US proposing over 200 additional targets in the weeks following the attacks.

Unintended consequences emerged rapidly during implementation, including mistaken listings causing major disruptions to innocent people’s everyday lives. Yet from 1999 to 2002, there was no mechanism available to remove someone from the 1267 sanctions list. In 2002, the Committee charged with overseeing the counterterrorism sanctions regime issued guidelines on how to pursue delisting through a State. Until 2006, this diplomatic channel was the only option for those affected to seek de-listing. They could not petition the 1267 Committee directly. Criticism quickly arose. Academics and civil society decried the lack of fairness. States protested that they were being expected to implement intrusive restrictive measures with no knowledge of the basis for those measures, with Sweden taking a prominent role. In 2005 at the UN World Summit, Member States called upon the Security Council to ensure fair and clear procedures in relation to the imposition of sanctions against individuals.

In June 2006, Secretary-General Kofi Annan identified four basic elements that needed to be addressed in order to respond to these concerns. Since then, courts, especially but not only in Europe, have held that States and other authorities implementing UN counter-terrorism sanctions cannot give effect to UN sanctions listings without first ensuring respect for certain minimum due process standards. Meeting those standards has sometimes been held to require judicial review of the listing decisions by the Security Council. The fairness and clarity of sanctions processes have thus emerged as an important determinant of the implementation and impact of UN sanctions – at least in the counter-terrorism sphere. The Security Council has responded to these concerns by developing arrangements to improve sanctions targets’ ability to petition for review of their sanctions listings, including the creation and development of an Ombudsperson to review listings relating to the sanctions regime concerning ISIL/Da’esh and Al Qaida (IDAQ).

For most of the last two decades, legal challenges to listings have been mounted primarily in the counterterrorism context. Fair process concerns have been raised in relation to the Security Council’s sanctions regimes focused on addressing other global security concerns, such as armed conflicts and the proliferation of weapons of mass destruction, but rarely litigated in courts. That is now changing.

In the last two years, litigation relating to Central African Republic (CAR), Democratic Republic of Congo (DRC), Iraq, Libya and restrictive measures for Iran has demonstrated the willingness of courts to review listing and delisting decisions in non-counter-terrorism contexts, where procedural safeguards are much weaker. Over a decade ago, the Security Council created a Focal Point in the UN Secretariat to work with relevant Council sanctions committees to handle petitions for delisting under those sanctions regimes. But that system is, as we explore in this study, less independent, and less effective in providing fair and clear procedures (as the courts understand those terms), than the Ombudsperson system. In fact, as these arrangements currently stand, the implementation of these non-counter-terrorism sanctions regimes may be at risk, especially in the almost 50 Member States, including three Permanent Members of the Security Council, that fall within the jurisdiction of courts that have already ruled on these concerns. The risk is that not only the legitimacy, but the effectiveness, of UN sanctions are weakened, at a moment when the Security Council is relying precisely on that effectiveness to achieve its strategic goals in a range of global crises from central Africa to north-east Asia.

In this study, we explore how the Security Council has arrived at this risky – and under-appreciated – situation, and suggest steps that UN system actors might take to mitigate these risks. Our analysis is based on extensive desk review of relevant jurisprudence, prior proposals for reform and anonymous interviews with more than 20 insiders from across UN Member States and the UN system.