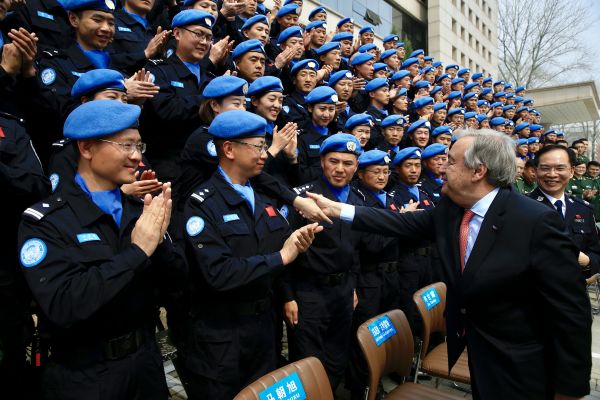 Secretary-General Antonio Guterres launched the “Action for Peacekeeping” (A4P) initiative during the open debate on peacekeeping reform on March 28, 2018, at which he called for a “quantum leap in collective engagement” in United Nations peace operations. In response, UN member states are now working to reach agreement on a set of shared commitments to strengthen peacekeeping, including ways to ensure that, as the secretary-general said, “peace operations are deployed in support of active diplomatic efforts, not as a substitute.”

While these peacekeeping settings demonstrate a wide array of challenges, they share a common trait: a small, and often shrinking, space for the UN to play a constructive and meaningful role in advancing the political objectives of the Security Council. In some cases, a mission’s priorities have been intentionally shifted away from engagement with political processes—such as the UN Stabilization Mission in DRC’s (MONUSCO) 2017 shift towards protection of civilians as the overarching mission priority. In others, such as the civil war in South Sudan, decisions by national leaders to pursue violent conflict rather than political reconciliation has left little room for the UN to broker political outcomes. Years of stymied progress, backsliding, and periodic crises have meant even defining a viable political outcome in most of these settings is vague at best. But it is precisely in these situations where a redoubled focus on political strategies is most important, even if the short-term prospects of success are unlikely.