No Research About Us Without Us: Participatory Policy-Oriented Research with Children and Youth Affected by Conflict

There have long been concerns that the international community’s support for people exiting armed conflict can be overly rigid, formulaic, and poorly suited to their needs. This is particularly true with regard to children and women. Even research and assessments on the unique needs of children impacted by conflict often fail to sufficiently engage the very population that they seek to understand.

In research on and programming aimed at children and youth, they are usually treated as passive subjects and beneficiaries rather than as partners. In an effort to address this in its own research, the UNU-CPR partnered with War Child UK to design and pilot a participatory research approach. The goal behind this effort was to examine the needs and goals of children who are exiting armed groups and reintegrating back into society after conflict involvement as well as those of the communities they settle in.

In our collaboration with War Child, we created a participatory research approach with war-affected children and youth in Central African Republic (CAR), including former CAAFAG (children associated with armed forces and armed groups). Over the course of six months, we designed a participatory workshop model to assess the needs of children and youth impacted by conflict. In August and September 2019, the model was pilot tested through War Child’s VoiceMore groups in Bossangoa and Paoua, CAR.

The three-day workshops combined a variety of engaging, child- and conflict-sensitive activities to try to better understand:

Doing the necessary outreach and participatory research and assessment necessary to ensure programming is responsive to needs and context is often seen as complicated, expensive, difficult and interfering with the timely delivery of essential services. As a result, it is rarely done or done in a robust or nuanced way. Yet, without accurate information, the resulting programming is unlikely to be sufficiently tailored to be effective.

Following our workshops and to help address this concern, UNU-CPR and War Child are sharing a policy memo, workshop session plan and costing tables to provide practical resources and tools to donors, UN actors and implementing partners who might be interested in enhancing the participatory approach of the programmes they support and run. The policy memo provides an overview of the workshop process, complete with process observations, substantive findings and policy and programming recommendations.

For one session, UNU-CPR and War Child also designed a tool based on the ancient Indian game Moksha Patam (Snakes and Ladders) to try to facilitate discussions with young people about paths out of armed groups. In child-friendly and conflict-sensitive way, the tool seeks to help young people highlight the risks and challenges and sources of support that they and others like them experience in the process of leaving armed groups. This has now been produced so that it can be used in subsequent sessions. 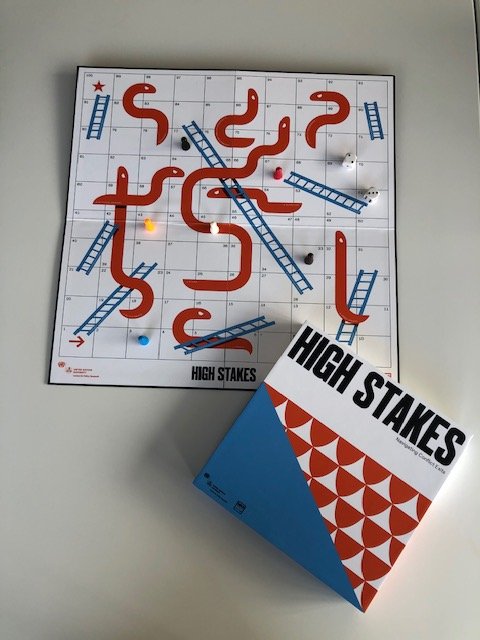 Conflict Prevention in the Sahel: Emerging Practice Across the UN