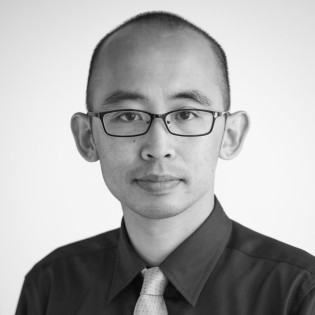 Wilfred Wan was a Japan Society for the Promotion of Science (JSPS)-UNU Postdoctoral Fellow with the Centre for Policy Research at United Nations University in Tokyo.

His work with the Centre for Policy Research examined regional pathways towards a more effective nuclear non-proliferation apparatus, highlighting the UN’s role in facilitating this process. His broader research interests include international security order, institutional change, and nuclear governance.

Wilfred was a 2013–2014 Social Science Research Council-JSPS Postdoctoral Fellow at Hitotsubashi University in Tokyo. He spent two years as a Predoctoral Fellow at the Belfer Center for Science and International Affairs, with a joint appointment with the International Security Program and the Project on Managing the Atom, and was a 2011–2012 Stanton Nuclear Security Fellow. He is also a former Dissertation Fellow with the Institute on Global Conflict and Cooperation.

Wilfred has published in International Studies Review, and has a co-authored chapter in Sanctions, Statecraft, and Nuclear Proliferation. In addition, his work can be found in Emerging Trends in the Social and Behavioral Sciences, The Oxford Handbook of Historical Institutionalism, and The Routledge Handbook of Security Studies.

Dr Wan holds a doctorate in Political Science from the University of California, Irvine. His dissertation examined the durability and evolution of the regime centered on the Nuclear Non-Proliferation Treaty.

Civil War Trends and the Changing Nature of Armed Conflict

The Role of Civil Society in Combating WMD Proliferation

Securing the Asia Pacific: A Report from the CSCAP General Conference

The Iran Agreement and the Sanctions Question

What the Iran Nuclear Deal Means

Towards the 2015 NPT Review Conference