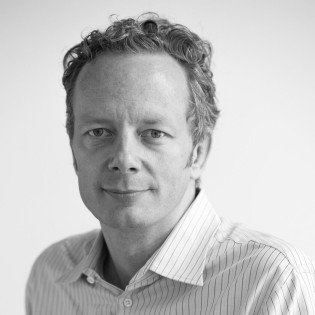 Sebastian von Einsiedel was Director of the United Nations University Centre for Policy Research from its inception in 2014 to 2018.

Prior to joining UNU, he served in the Policy Planning Unit of the UN Department of Political Affairs, where he was at the forefront of UN policy development since 2009. In 2013, he was also a Non-Resident Fellow with the Center on International Cooperation at New York University.

Mr von Einsiedel has also worked with the New York-based International Peace Academy (now International Peace Institute) as Special Assistant to the President and as Senior Program Officer of the State-Building Program. He has published widely on multilateral security issues and is co-editor of two books: The UN Security Council in the 21st Century (Lynne Rienner Publishers, forthcoming) and Nepal in Transition: From People’s War to Fragile Peace (Cambridge University Press, 2012).

Mr von Einsiedel holds a Master of International Affairs degree from Columbia University and a Magister Artium in Political Science from Ludwig-Maximilians University.

He is married and has two children.

The Extinction Market: Wildlife Trafficking and How to Counter It, a Conversation with Vanda Felbab-Brown

The Future of Cybersecurity, a Conversation with Melissa Hathaway

China, Japan, and the Future of UN Peacekeeping

Civil War Trends and the Changing Nature of Armed Conflict

In the Press | March 22, 2017 | New Ideas for the New SG, Peace Operations, Preventing Violent Conflict, The Future of Multilateralism

The Rise of High-Level Panels: Implications for the New UN Secretary-General

Five factors have emerged as key to the success of UN high-level panels: the potential to address an unmet demand; balanced composition; quality of product; management of politics; and follow-up.

Research & Publications | January 31, 2017 | New Ideas for the New SG, The Future of Multilateralism

A New Era in US-UN Relations

In the Press | January 4, 2017 | New Ideas for the New SG, The Future of Multilateralism