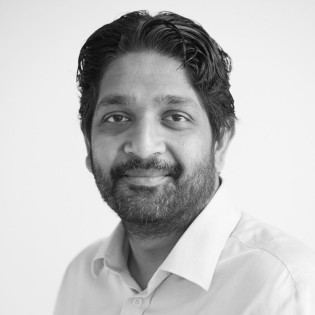 Rahul Chandran was formerly a Senior Policy Adviser with the Centre for Policy Research at United Nations University in Tokyo. His previous experience covers the areas of peacekeeping, development and humanitarianism, as well as a focus on UN reform.

He has authored a number of reports, including “Humanitarianism in the Network Age”, for the United Nations Office for the Coordination of Humanitarian Affairs, and “Civilian Capacity in the Aftermath of Conflict”, which received widespread commendation in the UN Security Council. Before rejoining the United Nations, Mr Chandran was the Deputy Director of the Center on International Cooperation, where he also helped to run the Afghanistan Reconstruction Program. In 2008, he was the lead author of “From Fragility to Resilience” for the Organisation for Economic Co-Operation and Development, as well as “Recovering From War”, a report commissioned by the British government.

Mr Chandran also currently serves on the Consortium Advisory Group for the UK Department for International Development’s Secure Livelihoods Research Consortium, and acts as a peer reviewer for a number of journals.

Mr Chandran holds degrees from Yale University and the Fletcher School of Law and Diplomacy at Tufts University.

New Ideas for a New Secretary-General: Implementing Agenda 2030 and the Question of Peaceful, Just and Inclusive Societies

Reforming the Governance of the United Nations Development System

Articles & Insights | November 2, 2016 | New Ideas for the New SG, The Future of Multilateralism

Molly Elgin-Cossart is a Senior Fellow at the Center for American Progress.

Ours Is Not a Caravan of Despair: The World Humanitarian Summit and Beyond

All That Is Gold Does Not Glitter:Why a Better Quadrennial Comprehensive Policy Review Is Essential for Agenda 2030

Meeting the Challenges of the 2030 Agenda: Alternative Forms of Development Cooperation and the United Nations

Time for a Reset: Fixing the Faulty Humanitarian Appeals Process

Saving the World Humanitarian Summit from Itself