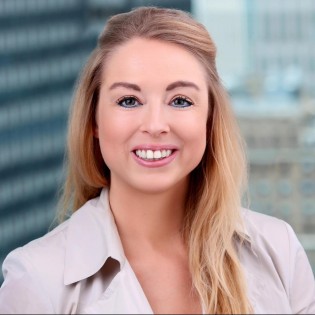 Eleonore Pauwels was a Research Fellow on Emerging Cybertechnologies at the Centre for Policy Research, focusing on Artificial Intelligence.

Ms Pauwels was Director of the Anticipatory Intelligence (AI) Lab with the Science and Technology Innovation Program at the Woodrow Wilson International Center for Scholars.

A former official of the European Commission’s Directorate on Science, Economy and Society, Ms Pauwels is an international science policy expert, specialising in the governance and democratization of converging technologies.

Her research analyzes and compares how emerging technologies, such as artificial intelligence, blockchain and genome-editing, raise new opportunities and challenges for health, security, economics and governance in different geo-political contexts. She examines the promises and perils that will likely arise with the development of AI civil and military technologies, the Internet of Bodies and Living Things, and the convergence of cyber- and bio-security.

Pauwels is an adviser on the AI Initiative at Harvard Kennedy School, the IEEE Global Initiative on Ethics of Autonomous and Intelligent Systems, as well as an expert for the World Economic Forum.

Ms Pauwels regularly testifies before US, European and international authorities including the US Department of State, the US National Academy of Sciences, the US National Institutes of Health, the US National Intelligence Council, the European Commission, the Organization for Economic Co-operation and Development, and the United Nations.

Ms Pauwels is also well-versed in communicating complex and novel scientific developments for lay audiences, including a TEDxCERN talk. Bilingual in French and English, she frequently writes for Nature, The New York Times, The Guardian, Scientific American, Le Monde, Slate and The World Economic Forum.

The New Geopolitics of Converging Risks: The UN and Prevention in the Era of AI

The Ethical Anatomy of Artificial Intelligence

Eleonore Pauwels, Research Fellow on Emerging Cybertechnologies at the Centre for Policy Research, considers the governance questions raised by Artificial Intelligence in her introductory piece for CPR, just as the UN Secretary-General has established a High-Level Panel on Digital Cooperation.