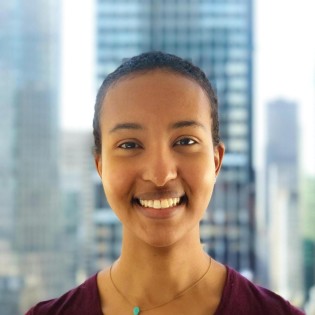 Nesrien Hamid is a Programme Officer for the Modern Slavery Programme at the United Nations University Centre for Policy Research.

Prior to joining the Centre, Ms Hamid worked as Assistant Manager at Social Accountability International, an NGO focused on promoting labour rights globally. She managed front-end communication, course coordination, and assisted in the development of training courses on social compliance for various stakeholders including policy actors, labourers, and auditors, among others. Through her involvement with BibliASPA, a research center and NGO in Sao Paulo, she has also conducted research on the Brazilian public’s perception of Syrian refugees in Brazil. Since then, she has remained involved as a translator and volunteer with a number of organizations in Sao Paulo that provide services for refugees and migrants.

Ms Hamid holds a Master’s degree in Middle Eastern Studies from The Graduate Center of the City University of New York. She earned her Bachelor of Science in Foreign Affairs from the University of Virginia. She is fluent in Arabic and Portuguese.