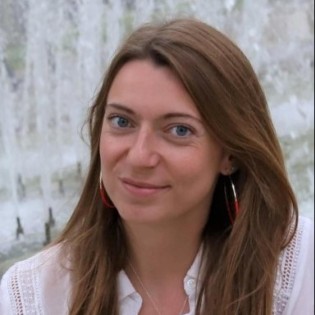 Dr Jennifer Allsopp is a Senior Fellow (Non-Resident) with the United Nations University Centre for Policy Research and a Postdoctoral Fellow in International Migration at the Immigration Initiative at Harvard (IIH) and Harvard Graduate School of Education, Harvard University. She is also a Research Associate with the Refugee Studies Centre, University of Oxford, and a regular advisor to the European Parliament’s Civil Liberties (LIBE) Committee.

Dr Allsopp's research explores the relationship between immigration control, welfare and wellbeing, with a particular focus on gender and aging. She has also worked on a range of comparative studies in international migration and is currently collaborating with colleagues across five continents to develop a new toolkit for ethical and effective migration research partnerships. Her work on human smuggling explores the central role of civil society in protecting migrants’ human rights and strengthening the rule of law in the Global North and South.

A keen advocate of collaborative working, she recently co-authored a book, Policing Humanitarianism: EU Anti-Smuggling Policies and their Impact on Civil Society (Hart, 2019) which explores the nexus between the anti-human smuggling policies of the European Union’s Home Affairs agencies and its Member States, and the policing and criminalization of humanitarian assistance to migrants and refugees. It reports on extensive fieldwork that she conducted in Hungary and Serbia, Italy, Greece, the UK and France between 2015 and 2018 at the height of the so-called European ‘refugee crisis’. Her latest book, Youth Migration and the Politics of Wellbeing: Stories of Life in Transition (Bristol University Press, 2020) is co-authored with Dr Elaine Chase. It is the product of a cutting-edge four-year participatory research project, Becoming Adult, which examined the wellbeing trajectories of over 100 unaccompanied young migrants and refugees in Europe. Dr Allsopp is also working on a monograph, Men, Power and Borders, which brings together a decade of research on the gendered nature of migration as a lived experience, in addition to exploring borders as sites of policing and control where gender identities are performed and contested.

Dr Allsopp previously worked as a research fellow with the London International Development Centre Migration Leadership Team (LIDC-MLT) where she co-developed a participatory strategy for global migration research for the United Kingdom’s Economic and Social, and Arts and Humanities Research Councils. As part of this award-winning work, she co-convened migration conversations with a range of UN, civil society and academic stakeholders in 12 locations around the world including in Delhi, Nairobi, Medellìn, London, New York, Thessaloniki, Barcelona, Brussels, Beirut and Johannesburg.

Dr Allsopp has previously worked as a strategist with a range of non-for-profits; as a researcher at the Universities of Oxford, Exeter, Birmingham, Queen Mary and the School of Oriental and African Studies (University of London); and as a consultant with the Centre for European Policy Studies (CEPS) and United Nations Interregional Crime and Justice Research Institute (UNICRI). For six years, Dr Allsopp served as a Commissioning Editor for the human rights and social justice platform openDemocracy 50.50 where she worked closely with the Nobel Women’s Initiative (NWI), Women’s International League for Peace and Freedom (WILPF) and the Association for Women in Development (AWID) to report on questions of gender equality, social justice and migration from around the world.