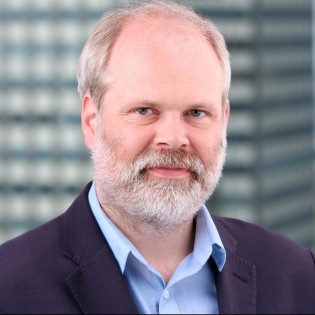 Richard Gowan was a Senior Fellow at the Centre for Policy Research at United Nations University until March 2019. A widely quoted commentator on the United Nations, his primary research interests include the Security Council, peace operations, conflict prevention and European security.

From 2005 to 2015, Mr Gowan was based at New York University’s Center on International Cooperation, where he oversaw projects including the Annual Review of Global Peace Operations and Review of Political Missions. He has been a Fellow with the European Council on Foreign Relations since 2007. He has taught a core course on conflict resolution at Columbia University’s School of International and Public Affairs since 2013, and recently launched a course for Stanford in New York.

Mr Gowan recently consulted for the UN Department for Political Affairs, the Canadian Department of National Defense, the International Crisis Group, the US Holocaust Memorial Museum, Rasmussen Global, and the UN Office of the Special Representative of the Secretary-General on International Migration.

In 2013, Mr Gowan began a weekly column entitled Diplomatic Fallout for World Politics Review. He has also written for Politico and The Washington Post’s Monkey Cage blog” and websites and journals including Aeon, The American Interest, Horizons, Politica Exterior, and The World Today. He has broadcast on the Al Jazeera, the BBC, CBC, CNN and NPR and been quoted by publications including The Economist, Foreign Policy, The Guardian, The Independent, Le Monde, and the Wall Street Journal.

Mr Gowan makes regular contributions to scholarly journals, including Daedalus, Global Governance and International Peacekeeping and has edited volumes on the UN.

The Politics of Action for Peacekeeping

Minimum Order: The role of the Security Council in an era of major power competition

Muddling Through to 2030: The Long Decline of International Security Cooperation

The Price of Order?

The Organization for Economic Co-operation and Development published States of Fragility 2018 on 17 July 2018. The report includes short pieces on trends in fragility by external authors, including this contribution by the Centre for Policy Research's Richard Gowan.

The multilateral system faces extraordinary threats but shows some reassuring signs of resilience, says Richard Gowan in his first blog post for CPR. Policy makers need to work out how to make the best of a poor deal making environment and hedge against further shocks to multilateral cooperation.