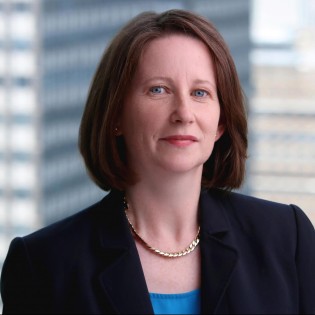 Christina McElwaine is Chief Operations Officer at United Nations University Centre for Policy Research. In this role, she oversees all operations for the Centre and sits on the Senior Management Group. She also serves as a liaison for the Centre with the UN system, including on issues related to migration.

Ms McElwaine is a former career diplomat, with substantial experience in the field of sustainable development, human rights and humanitarian affairs including the Sustainable Development Goals, migration and refugee policy and the rights of the child.

Before joining the Centre for Policy Research, Ms. McElwaine served as a Visiting Fellow supporting United Nations University's 2017 Chairing of the Global Migration Group (GMG), the UN inter-agency group on migration. In this role, she carried out a number of faciliatory functions in the process towards a Global Compact for Safe, Orderly and Regular Migration.

Before this, she served the Government of Ireland in the UK, former Yugoslavia and as Deputy Consul General in New York, before moving to the Permanent Mission of Ireland to the UN. She advised the Permanent Representative of Ireland as co-facilitator of three major UN intergovernmental processes – the MDG Special Event in 2013, the post-2015 development agenda culminating in the adoption of Agenda 2030 in 2015 and, most recently, in negotiations leading to the adoption of the New York Declaration for Refugees and Migrants in 2016. Subsequently, she also advised the European Union Delegation to the UN on human rights policy, focusing on the rights of the child.